So the other day it was pouring cats and dogs but after a day of working in the house I decided to meet some friends at Ayza which is a wine and chocolate bar and which is located at 11 West 31st St. 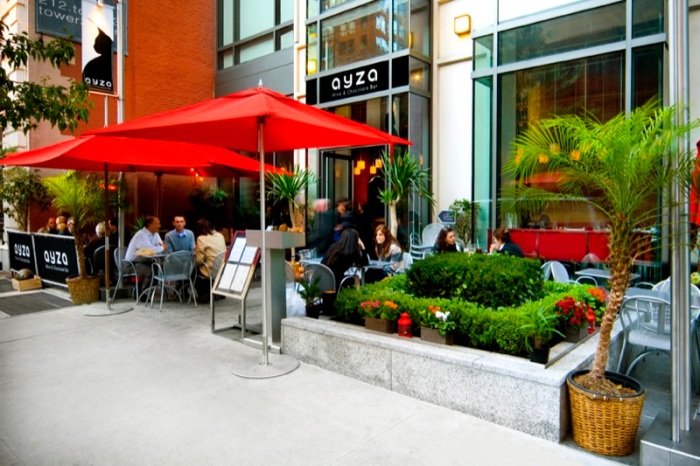 So Ayza is know for it’s everything chocolate menu (they do have regular food though!) and so one of the gals that I met ordered their famous Chocolate Martini. 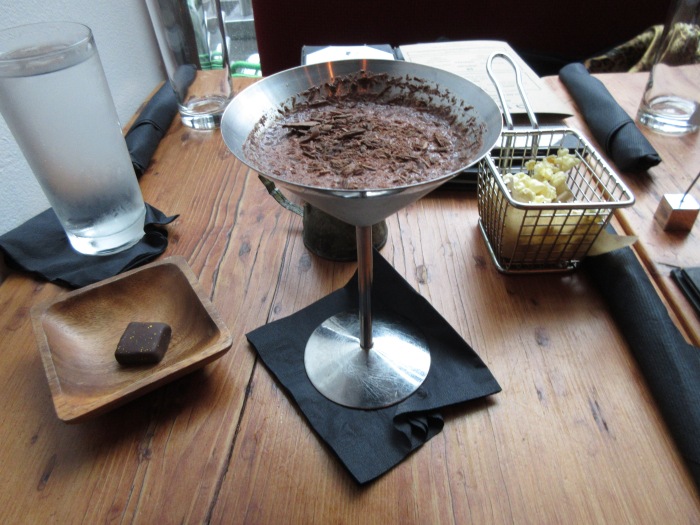 In addition, everyone at the table received a small cup of mulled wine.

Mulled wine as I found out is warmed red wine with cinnamon, orange peel, apples and cloves and the aroma and taste was really, really good!

So while tasting the mulled wine I thought, “I think that I’ll order 3 pieces of Jacques Torres chocolate because that sounded so very fun!”

I ordered as shown in the photo below(left to right) a piece of Milk Chocolate filled with Fresh Passion Fruit and Alize Liquor,  a piece of dark chocolate with crushed almonds and last but certainly not least a piece of Key Lime Ganache covered in White Chocolate 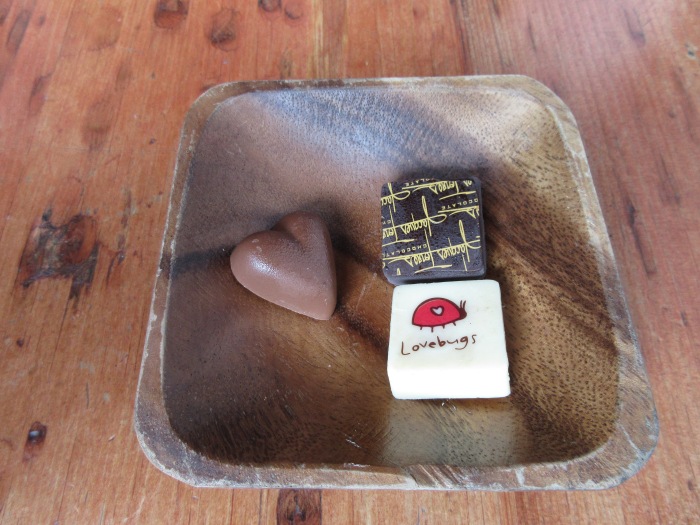 So whether you’re having chocolate craving or whether you want to try a new type of fun restaurant then check out Ayza where the aroma of chocolate alone can make it a very delightful experience.